Kit Kat is a chocolate-covered wafer biscuit bar confection that was created by Rowntree's of York, England, and is now produced worldwide by Nestlé, which acquired Rowntree in 1988,[1] except in the United States where it is made under license by The Hershey Company. Each bar consists of fingers composed of three layers of wafer, covered in an outer layer of chocolate. Each finger can be snapped from the bar separately. Bars typically have 2 or 4 fingers, although the largerKit Kat Chunky bars are a single solid block. 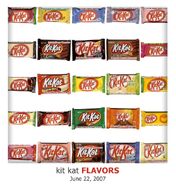 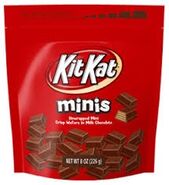 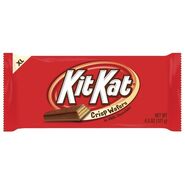 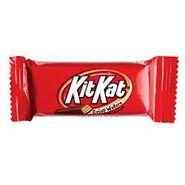 Add a photo to this gallery
Retrieved from "https://food-lovers.fandom.com/wiki/Kit_Kat?oldid=9397"
Community content is available under CC-BY-SA unless otherwise noted.